What they say: When Mayor Joe Cordina was visiting Turkey two years ago, touring cities and meeting officials, he mentioned he was from a small town he was sure his host had never heard of. “You’re the mayor of Parker, Texas?” the official repeated. “That means you’re J.R.’s mayor!” Cordina’s photo was in six newspapers the next day, and the entire city staff left early to find out who shot J.R., since the show is still in syndication there. Yes, Parker remains best known as the home of Southfork Ranch—and, since 2008, the home of Olympic gold medal gymnast Nastia Liukin, whose family lives next door to Cordina. But for locals, it’s simply a piece of countryside—sometimes a rather large piece—not too far from malls and highways. From Cordina’s 1.7-acre lot, he can be at the Sears at Collin Creek Mall in 15 minutes. But you’d never know it looking out at the 5-acre pond that drew him here. Many people who move here do so because they have horses and/or crave some fresh air. Some are corporate executives who find mowing their own lawns cheaper than therapy. The town has many multiple-acre residences but most are on 1.5 to 2 acres. Residents accidentally leave their garage doors open (sometimes over a weeklong vacation) and come home to find things just as they left them. Homes that have been on the market in the last six months range from $169,000 to $850,000, with the average being $408,217. Two new subdivisions are in the works, with 560 new homes combined. Those who have lived in Parker for decades worry about growth, but Cordina says managing that is a top priority: “Slower economic development and higher quality is what Parker is really about.”What we say: Parker has been in our top 10 since we added it to the list of suburbs to survey in 2004. It debuted at No. 4, made it to No. 2 in 2006, slipped to No. 5 in 2008, and tops our list this year. Though the grand ranch estates are the most eye-catching residences in Parker, the town also has two trailer parks. Parker benefits from the development of all the towns that surround it, meaning residents can look at long stretches of pastures, curved roads, ponds, and trees yet reach civilization lickety-split. Parker isn’t all country bumpkin, though. It has its own vineyard (Khatter Vineyard).

The houses on Highland Shores go into the millions. photography by Dave Shafer

Population: 15,250 Annual growth since 1990: 4% Average home sales price in 2009: $278,411 Median age of residents: 37.7 Families with kids under 18: 53.8% Median household income: $102,141What they say: Not many Highland Village residents are from here; most have relocated, attracted by the low crime rate, exemplary schools, rolling hills, and, of course, Lake Lewisville. “I love to kayak and walk the nature trails with my dogs almost every day,” one resident says. Nature next door, Dallas just 45 minutes away. Residents of Highland Village and its neighbors are still in the honeymoon phase with the Shops at Highland Village (a smaller version of Southlake Town Square), although some would prefer more independent shops and restaurants rather than the TJ Maxx, Peter Piper Pizza, and Banana Republic that the area has to offer. Police officers let homeowners know if their garage doors have been left open, and one stopped to take photos of a snowball fight this winter. “We do let them know of vacations, and they always take care to watch our home,” one resident says. “They are quick with speeding warnings but always polite.” Houses here start at $150,000 and go up to several million, with the average at about $300,000. As in most Dallas suburbs, the population can be generalized as conservative, middle to upper class, family oriented, and mostly white. But nice and always neighborly.What we say: Residents of Highland Village must feel like they’re on a constant vacation. The city’s Inland Trails connect Lake Lewisville to shops, parks, and schools. Kids are riding their bikes. People are walking their dogs, skipping rocks in the lake. Safety is a big bonus here. Highland Village scored just as well as Parker in crime—impressive since it is more than four times bigger. Highland Village has two neighborhood feels: middle-class lake town (older homes from the 1960s and up) and high-end gated community (the homes at Highland Shores go into the millions, with community pools and wine tastings). Regardless the price of the house, the vibe is laid-back lake.

Population: 22,950 Annual growth since 1990: 3% Average home sales price in 2009: $480,880 Median age of residents: 40 Families with kids under 18: 49.8% Median household income: $117,419 What they say: People here like the plentiful baseball and softball fields and the soccer complex. Residents are similar to their Southlake neighbors, but they have slightly smaller budgets. They also desire a less stressful lifestyle and don't miss the variety that comes with a larger town. Colleyville offers more athletic opportunities for students than its wealthier neighbor—partly because there are more schools; partly because in Southlake only the best get to play. A recent survey by the city found 96 percent of residents are satisfied with Colleyville’s quality of life, most enjoying the small-town environment, location, and low crime rate. They don’t like the overzealous police department. One resident got a ticket in a 30 mph zone for doing 33. And the passing of packaged liquor sales in May is still a sore subject with the 25 percent of the population that voted against it. “Militant” homeowners’ associations, $500 monthly clothing allowances for middle-schoolers, and “Southlake wannabes” also are among the less popular aspects of Colleyville life, as one former resident remembers. Homes range from $200,000 (near the Grapevine border) to more than a million.What we say: Colleyville is a steady, high-scoring town in all our criteria. So steady it came in at No. 3 the last time we did this list, too. The city scores especially high in safety, second only to Parker and Highland Village in the number of violent crimes per 1,000 residents (.09). Its retail never took off the way Southlake’s did, partly because it isn’t as centralized. The best parts of Colleyville are the mature trees that newer suburbs drool over, the “Colleywood” nickname (referring to the city’s wealth), and that it is close to DFW Airport yet out of its flight pattern.Courtesy of D Magazine 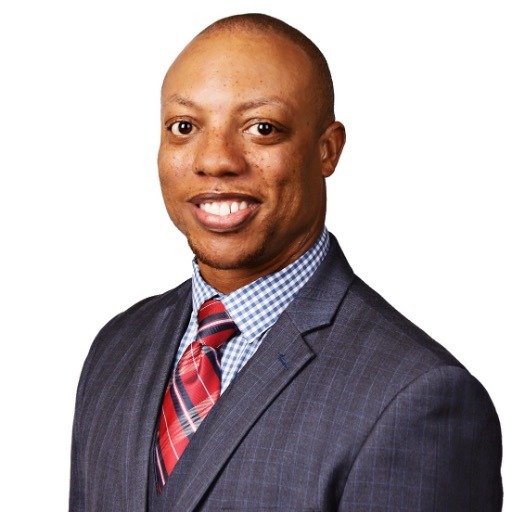 Welcome Johnie started his real estate career in 2007 during the economic downturn, and has been able to create a dynamic and growing client base. Even in these tough economic times Johnie has been a....

Buying a home for the first time can be mind boggling. There is so much info you need to know so you can make sure you get the best deal possible and can afford the home you want. That's why it is

How To Get And Maintain A Healthy Lawn

How to Get and Maintain a Healthy LawnEdited by Boyce Rensberger, Flickety, Maluniu, Sondra C and 19 othersA beautiful lawn is easier to have and maintain than the professional lawn-care

By registering, you agree to our terms of use and that real estate professionals and lenders may call/text you about your inquiry, which may involve use of automated means and prerecorded/artificial voices. You don't need to consent as a condition of buying any property, goods or services. Messages/data rates may apply.